Virtual Reality, Augmented Reality, and Mixed Reality: What are they? 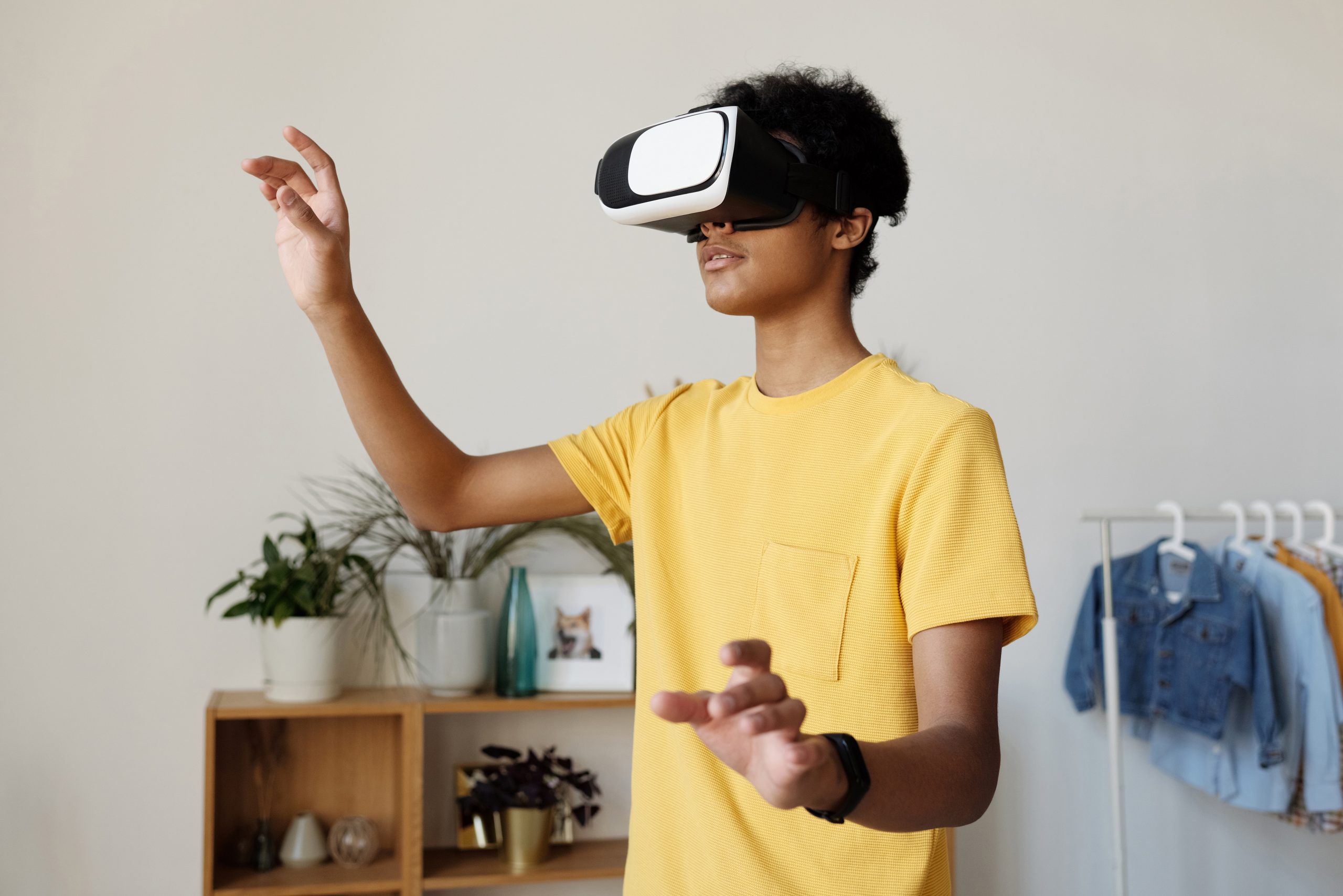 Over the past several years we've been seeing many advancements in the different reality technologies on the market. Here's our rundown on what they are and some of their current uses.

Virtual Reality (VR) is a simulated experience that is achieved through computer technology.  Through VR headsets such as HTC Vive, Oculus Quest or Valve Index, it immerses users in a digital experience through encompassing visuals and sounds. The headset and accompanying controllers allow users to navigate through the simulated world using motion tracking. The devices follow their real-world movements, creating a realistic sense of presence within the digital environment. VR has applications in education, medicine, and social sciences - but by far the most widespread application is in the entertainment industry, namely in gaming.

In 2020, Valve released a VR game called Half Life: Alyx, where users were set to explore and survive a post-apocalyptic world teeming with alien life. It gained immense popularity throughout the community and won the Best VR/AR Game at The Game Awards in 2020.

Seeing as we're in a post-pandemic world, there are opportunities for VR to be adopted more widely in education and business. With programs like Microsoft Teams and Zoom being used as an alternative to meeting at a physical location, many people are looking towards VR technology to produce a more realistic atmosphere to work and learn in. Spatial is a program that allows people to host meetings using VR headsets. Each user has their own avatar and is able to collaborate with others in the virtual space. This technology is an example of the direction that virtual reality is headed in as we enter 2021.

Augmented Reality (AR) is the enhancement of the physical world through the overlaying of computer-generated content onto the user's perspective. The content is responsive to the user's environment, typically to movement or figure recognition. It is arguably the most widely used reality experience today as it is highly accessible for smart device users through camera-based applications, and has gained immense popularity on social media platforms.

One of the main camera features available on Snapchat and Instagram are AR filters where users can alter their appearance and surrounding environment with unique visual effects and sounds. On Instagram, users can produce their own custom filters through programs like Spark AR Studio and add their designs to the library of community-made work to be used by others. IKEA also has a mobile application called IKEA Place where rendered imagery of their products are imposed onto a photograph of a user's room.

Over the years, Apple has shown invested more and more into their venture with augmented reality.  Apple's iPhone 12 Pro release came with the LiDAR scanner, a feature that allows the phones to quickly 3D map a space including the objects within it. LiDAR makes it simpler for developers to build 3D objects and focus on the creative aspect of projects. Together with their ARkit platform, this scanner has opened new doors for AR experiences to be more easily developed directly on an iOS device.

Mixed Reality (MR) combines elements of both VR and AR into one experience. It resembles AR in the way that the technology imposes generated imagery into the user's view, but has the key difference of the digital content co-existing with the physical world in real-time. This difference means users are able to interact with MR objects as if it was a real-life object and manipulate its state.

The most popular example of this technology is the HoloLens, a mixed reality headset by Microsoft. With the headset being priced at $5000AUD it's not a trendy product aimed at consumer use, but is instead aimed at enterprises who will use the device as a business tool to build their own applications and to help their organisation work more effectively. The HoloLens offers some impressive features that are reminiscent of what we've seen in sci-fi movies. For example, the device has built-in eye tracking software that can be used to follow the pace of a user's reading and adjust the speed of the text's flow accordingly. The device also has precise hand and finger tracking to make navigating through detailed interfaces easy for users.

What we're doing in the reality space

VR is most commonly seen as a channel for entertainment, but at 42 Interactive we've been exploring the possibilities of virtual reality in the social sciences area. We've been working on  Instacalm VR, a virtual relaxation therapy experience that assists users with mindful meditation. It guides users through five unique journeys using narration and imagery to help achieve deep relaxation. The simulated experience has been designed with the guidance of a clinical psychologist in order to help us offer the best therapeutic journey.

As the tech industry grows, we'll be seeing more uses and applications of these technologies in our day to day lives. With constant advancements being developed, we can't wait to see what's next in this exciting area of technology. Share your thoughts with us: What features would you like to see introduced in the next few years?