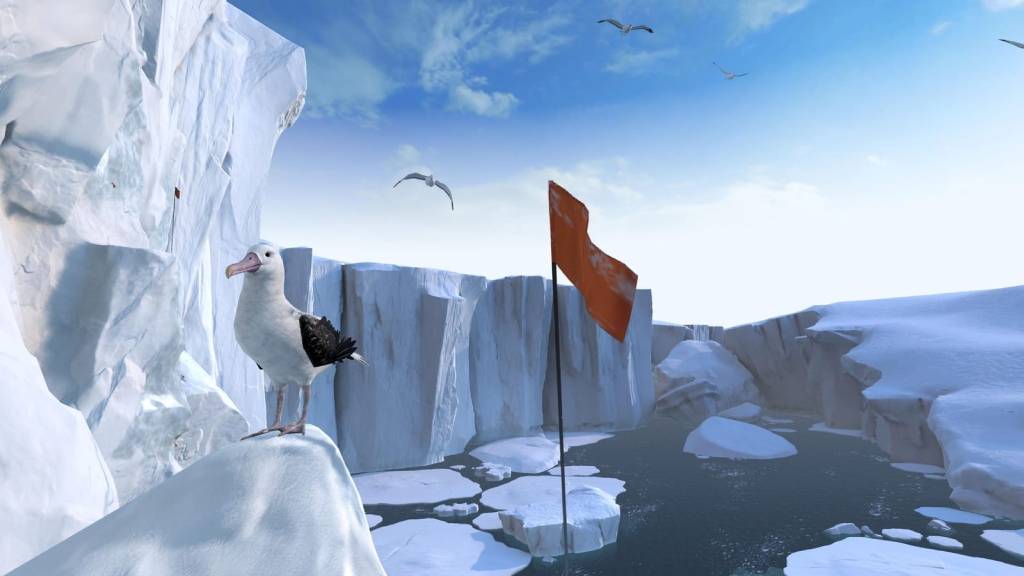 Potential use of VR has caught theattention of many people. As a most recent digital product that's becoming moreavailable for consumers, opportunities to how VR may be useful arises,especially since it may indicate great promises and have tremendous usage(mainly in entertainment).

However, VR technology can also be used in other fields, such as:

The military may benefitmore from the use of VR since it can provide a huge range of simulations intraining soldiers. It can be used to simulate various situations, places andenvironments as part of the military training without actually endangering thesoldiers, whether it's used as a flight simulator, battlefield simulations,medic training, virtual boot camp etc. Moreover, VR can also be used to teachthe soldiers soft skills such as communicating with the local civilians oftheir future designated area of deployment. Another use of VR is in treatingsoldiers who suffered from Post-Traumatic Stress Disorder (PTSD) or help themadjusting to normal life when they've returned from exhausting combat. The useof VR in military can reduce the cost for training

VR can be a game changer in sports. It can be used by coaches & players for more efficient training across various type of sports. It is also said that VR helped improve injured players' cognitive ability, they can still experience the gameplay scenarios virtually as they are recovering in bed. Likewise, viewers experience of watching a game can be enhanced through VR. Games or other sport events can be streamed live then watched by people around the world virtually. Even some event can only be 'attended' by them who have purchases the virtual tickets. Viewers from other parts of the world can feel nearly the same sensation remotely as those in the stadium. This means that VR viewers can have the excitement of watching sports either free of charge or with a less amount of money

VR can be used as a primary method for treating post-traumatic stress. Patients suffering from post-traumatic stress can be treated with exposure therapy. Using a VR device, the patient will be going through a re-enactment of the incident that caused their trauma in the hope that they could eventually accepted the output of the incident. Another case, VR can also be used to treat those with anxiety. Controlled & safe environments are created for them to manage their stress reactivity and boost their coping mechanism. VR gives a real positive impact on society

Nowadays, health servicesare often under pressure with tight budgets. VR presents a great opportunity tooptimize the cost of training as well as improve student's quality through VRtraining. VR have an interactive nature. This can then be useful to practicesurgeries and procedures through interaction by using virtual patient in avirtual reality. The risk of inflicting harm or causing severe damage whilepractice is reduced to none

VR can also be adopted for education. Students are allowed to interact with each other through the three-dimensional world. A more specific virtual reality scenarios can also be developed specifically for students with special needs, thus allowing them to learn & practice their motoric as well as sensorics skills in a virtual world. Even their parents can supervise their children's learning progress by using a linked device. During this pandemic era, VR in education is a huge advantage

VR also known to have a hugeimpact in fashion. Store owners now able to simulate their store environmentsor previewing their store's layout before it's being built, retailers able todesign their signage & their product displays. As a matter of facts, somebig names in the fashion industry have been offering a full experience offashion shows and allowing their customers to try on clothes virtually

VR is an exciting experience! It can help increase the interest in studying as well as in business, sports, fashion, media etc. VR builds the world that we experienced in our daily lives through a specific headset. It is fully immersive and everything we see is part of an environment artificially created through the use images, sounds, etc.

Some of the known applications maybe already familiar or expected to some of us while other application can be considered unique and truly innovative. However, we can be certain that there are more than just a few applications of VR in the real world. Virtual Reality can be applicable in almost any subjects or for many professions only if we understand the concept and use it to the best possible and maximum. VR allows us to cross boundaries that would otherwise be unimaginable.

Nowadays, the market is demanding VR applications other than just for entertainment, leisure or marketing and the technology can be much more affordable for users worldwide. Virtual devices also need to be improved to avoid defects such as clipping, which makes certain solid objects appear as though they can be passed through. Or reducing thee effects that VR can caused, mainly people will feel motion sickness, where users feel heavy dizziness induced by the mismatch between the movement of our body and what is being seen in the virtual world.

Virtual reality is a powerful experience technology that immerses people in new worlds. With an array of VR headsets now readily available in the market of all kinds, these experiences are more accessible now than ever. Here are some VR experiences that you shouldn't miss out on.

Ever wanted to travel to remote locations? With National Geographic Explore VR, you can explore the wonders of Antarctica and Machu Picchu. By simply putting on your VR headset, you can go on an expedition to Antarctica to mingle with penguins, kayak around the icebergs, and climb iceshelves. Descend on Machu Picchu and explore the ancient Inca citadel, meet the alpacas, and witness mummy worship. Traditionally, such experiences are only available to those who can afford the high costs of these unique travels. The beauty of virtual reality is that it makes these experiences more accessible, and with more VR headsets becoming affordable (the Oculus Quest 2 is priced at $300 and the Google Cardboard which turns your mobile device into a VR headset is $15) it means that everyone is able to enjoy travelling no matter where they are financially.

The Blu is a virtual reality series that allows you to explore the marvels of the ocean and deep underwater wildlife. There are three episodes in this series, with each titled according to the experience: Whale Encounter, Reef Migration, and Luminous Abyss. Each episode shows a new ocean habitat teeming with wildlife and lets you to get up close and personal with all the different species such as jellyfish, stingrays, whales, and other countless types of fish. The Whale Encounter episode is widely used as a demo for first-time VR users and was a 2016 Sundance New Frontier selection - a testament to the stunning visuals of this series and a must-experience for any ocean-lover.

Do you love watching nature documentaries? Ecosphere offers a new take on documentary filmmaking with its short films. The series takes you on a new journey in each of its episodes and introduces you to a different ecosystem: the rainforests in Borneo, savannahs in Kenya, and coral reefs of Raja Ampat. A main difference between this series and others like The Blu, is that Ecosphere is not interactive. That being said, unlike typical nature documentaries, it still takes immersion to a whole other level with its 3D and 180 degree view and with local conservation experts and narrations guiding you through the experience. With the high level of audience engagement, this type of filmmaking is set to be the new method for educational series.

Instacalm VR is a virtual reality experience that transports you to different locations for the purpose of relaxation. Created by 42 Interactive in partnership with a clinical psychologist, it is a guided meditation experience that takes you to places such as a lake house and a sky garden. You can walk around and interact with various elements of the scene, and narrations accompany the visual scenes to guide you through a meditative session that helps you let go of stress. The visuals and audio were designed using psychology principles to ensure that the experience would be effective at bringing relaxation.